At the weekend we treated ourselves to a night out at the Abbaye de Bon Repos. Each year at the end of July and into August they put on a huge spectacle detailing the History of the Abbaye. It is 2 hours starting at 10:30 at night set in the grounds of the Abbaye and using the now ruined building as part of the backdrop. First the statistics, it is set in a couple of Hectares with a cast of 350. They use between them 1500 costumes and 30 beautiful, well trained horses. Not to mention the cattle, goats, and geese, that adds to the sense of realism. The Façade of the Abbaye comes to life with projections forming the backdrop to the story from the rocks for the first Stone Age settlers, through the construction of two buildings to its eventual looting in 1791.

The story begins with the stone-age settlers in 4000BC. 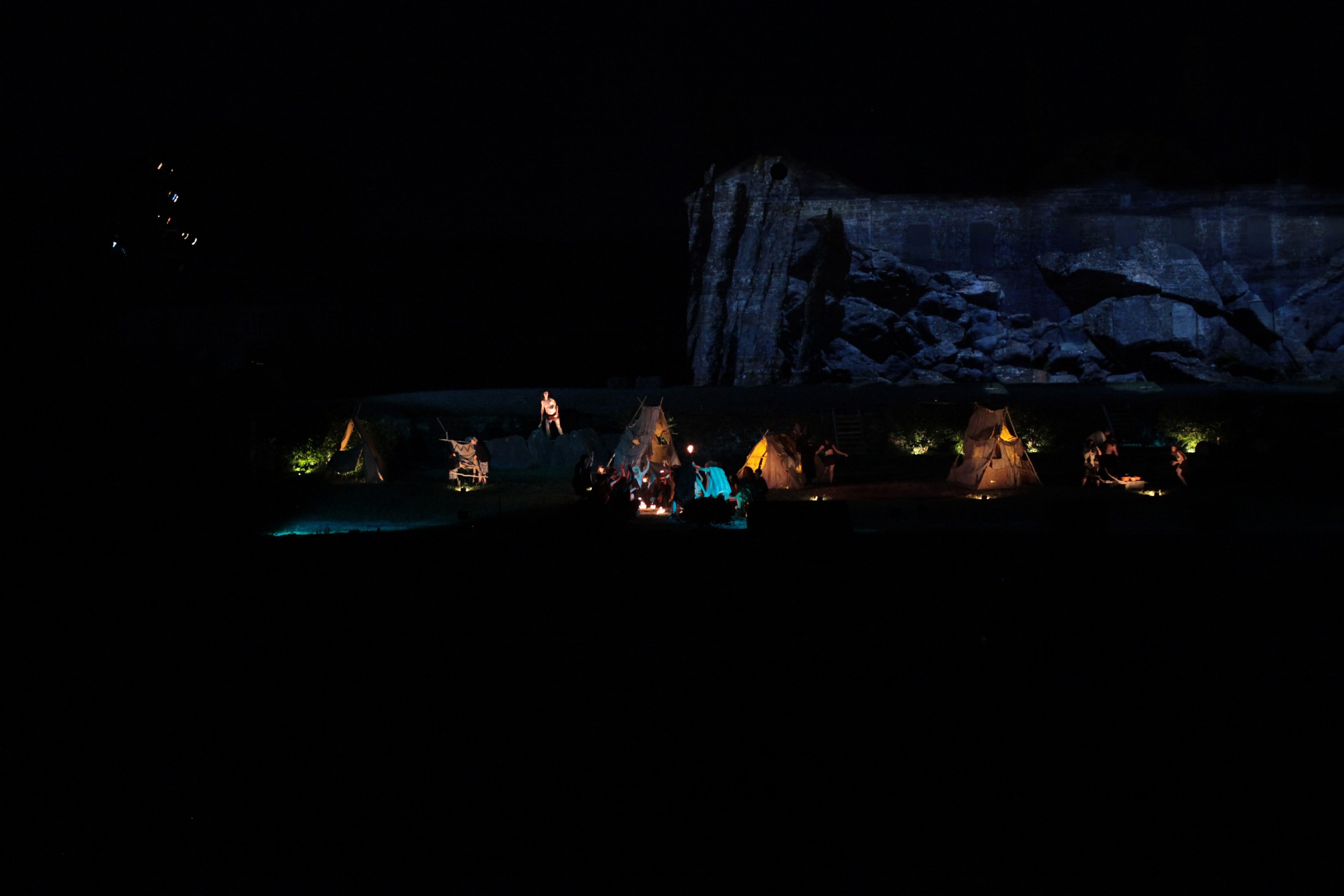 This then moves through a period of prosperity until invaded by the Romans. 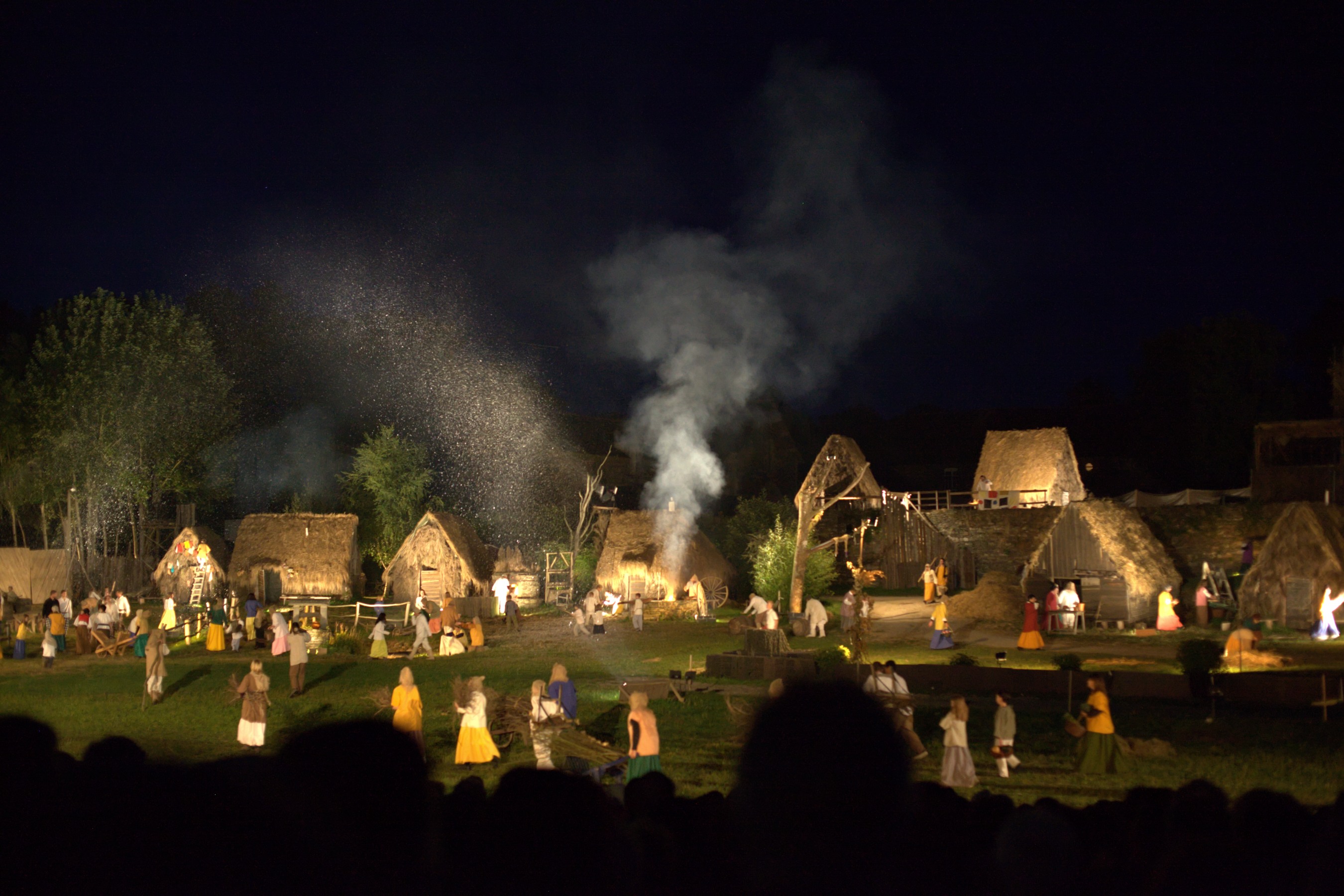 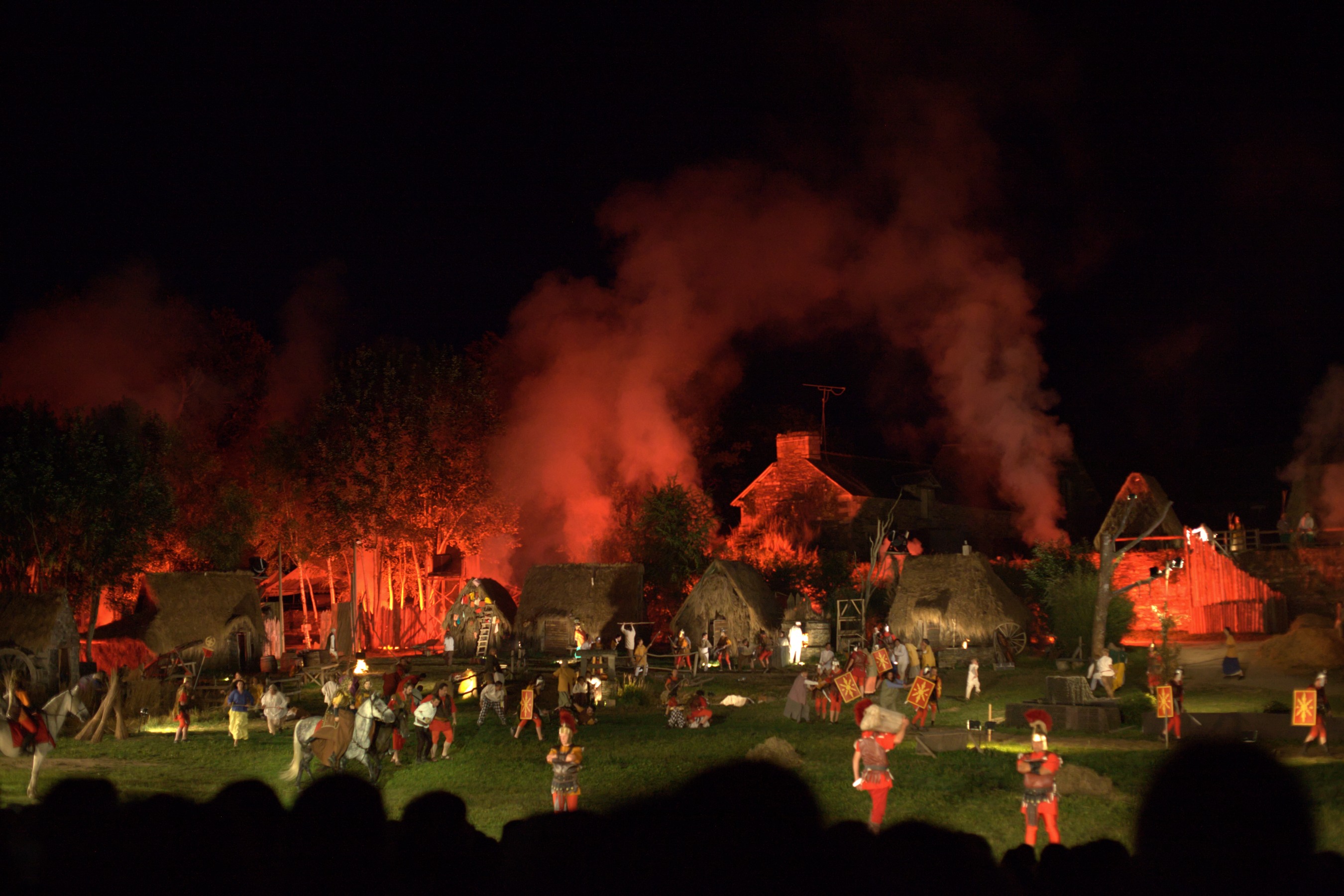 It goes on to tell the story of construction of the abbaye, ownership, deceit, murder, visitations from the virgin Mary and eventual looting. 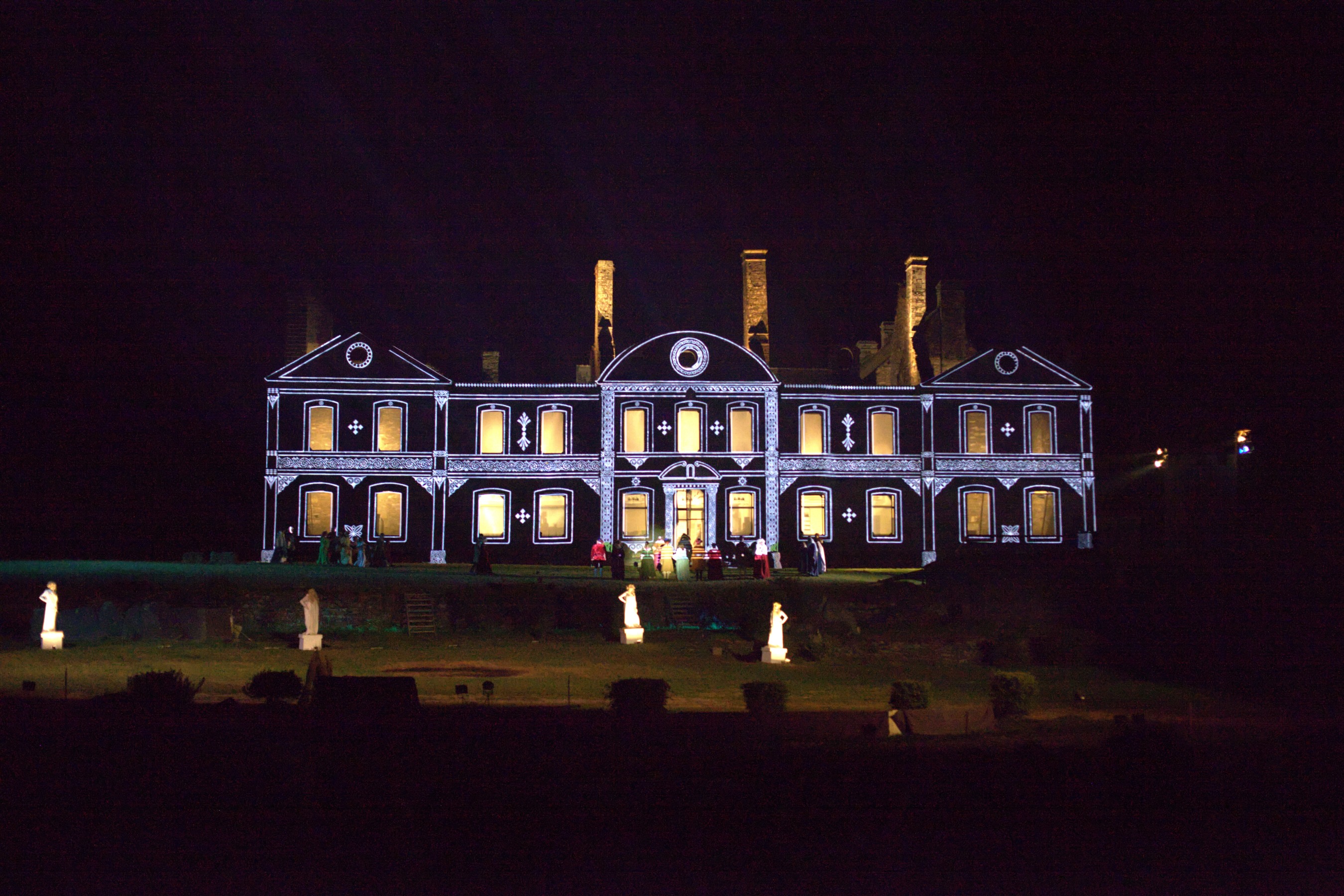 There is medieval jousting, dancing and all the time incredible attention to detail in bringing the Abbaye and grass roofed village to life. (They even set fire to the roof of one of the huts during the show.) 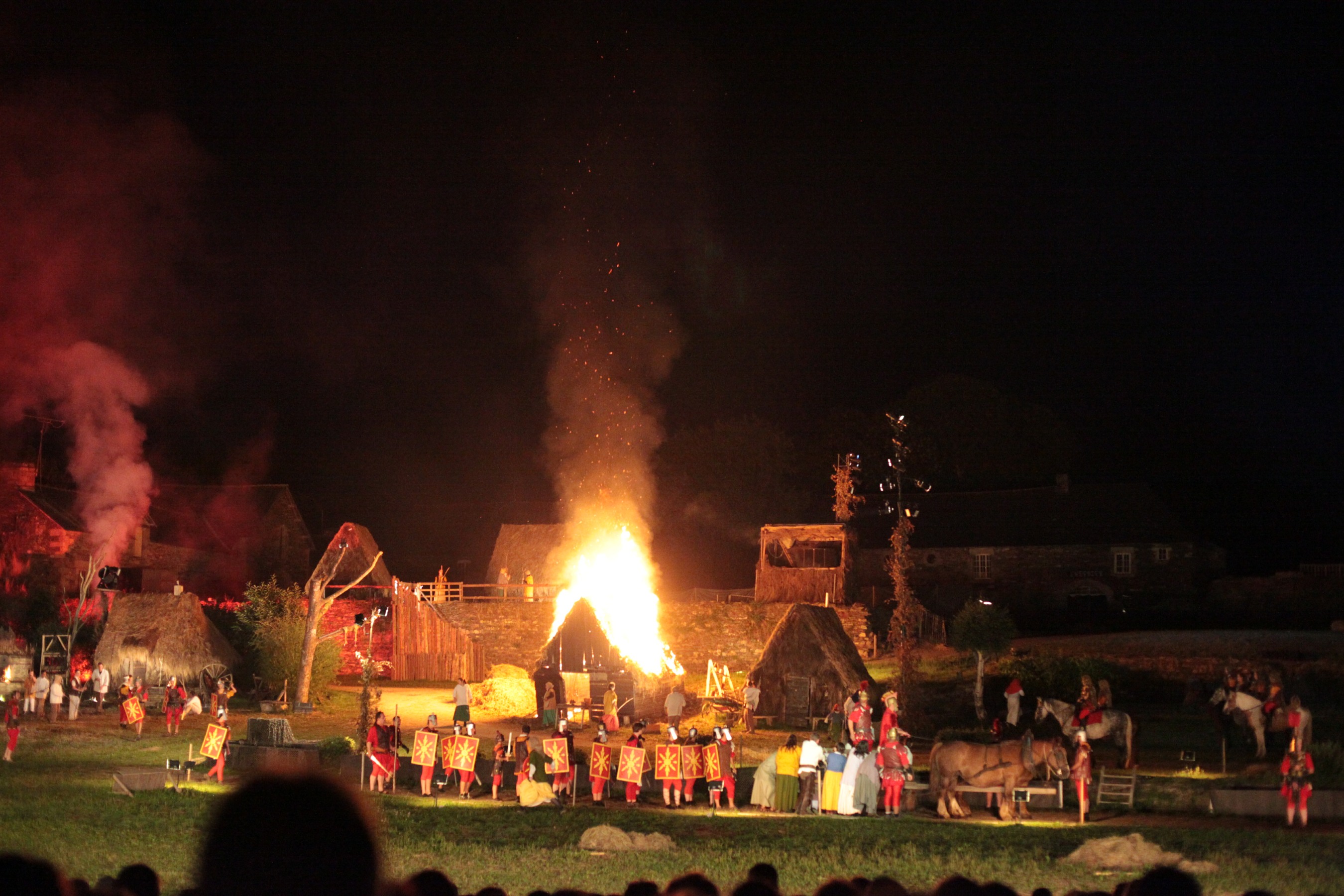 The music, commentary and pyrotechnics make this a wonderful and enthralling performance. 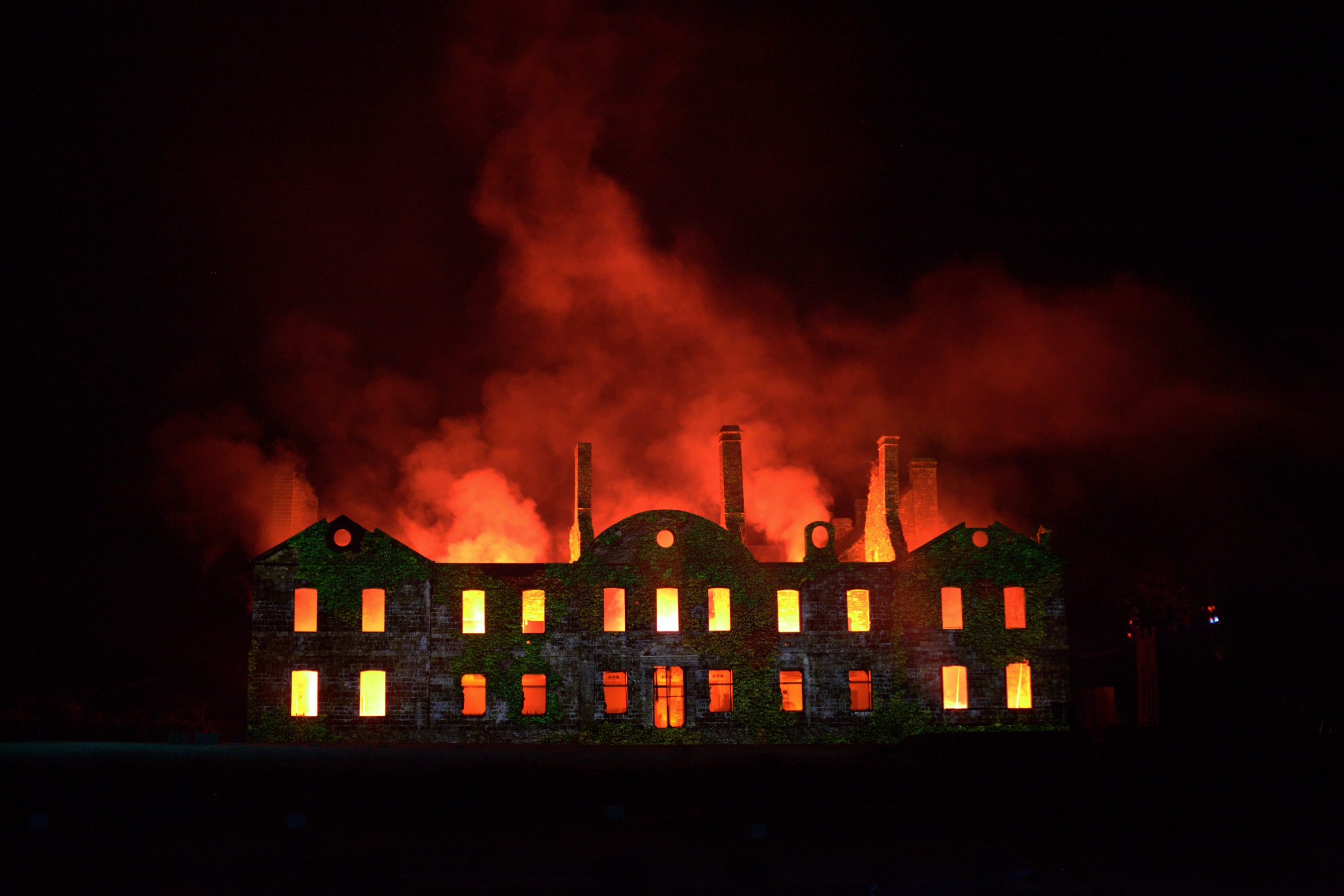 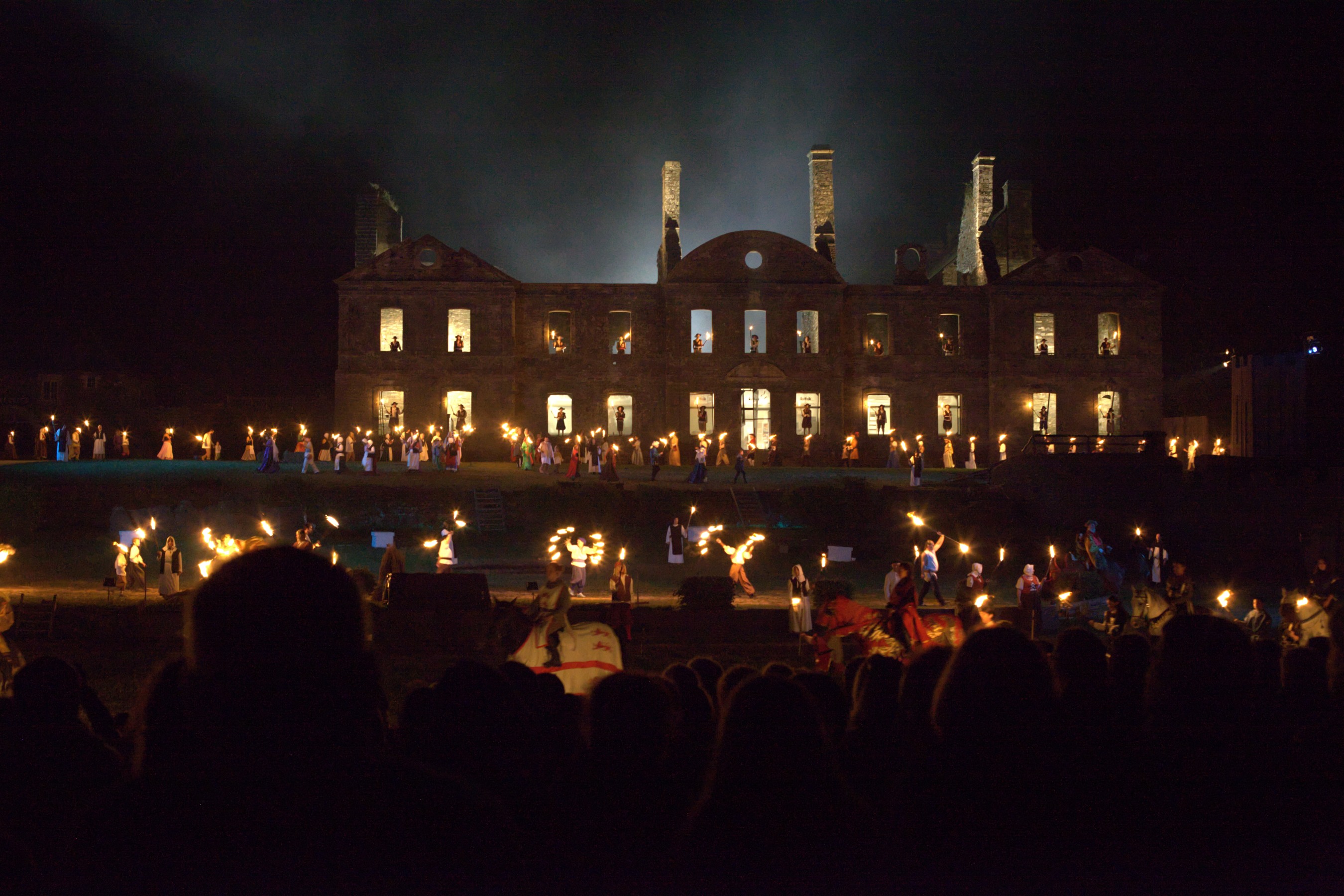 When you arrive in the early evening there is a small tented village with music, dancing, food artisans and a range of displays. The whole evening makes you feel as though you have been invited to join a local community that is performing just for you. The spectacle itself is very high quality, and has clearly been choreographed with minute detail. If it had gone on for another hour we wouldn’t have been disappointed. At the end there were a number of performers wishing you well on your journey home and rightfully proud of what they have produced. If you visit one show in Brittany next year, make it this one.