One of the wonderful things about Brittany is the old houses you see in all of the towns and cities in the region. So many medieval buildings have remained that you are spoiled for choice when visiting.  One of the best examples of this is Locronan situated just 30 mins from us, west of Quimper. In the 15th Century it thrived on the production of hemp for ships rigging and more particularly sails for the French, English and Spanish Navys. 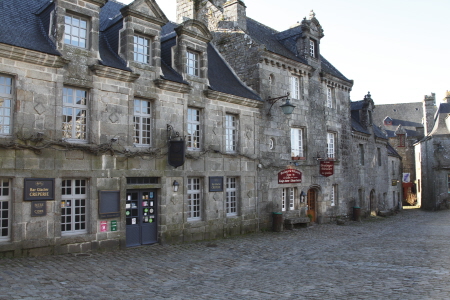 The beautiful old Granite and stone buildings include a church, a chocolatier, creperies and my personal favourite a cellar holding a wall of 100 Breton beers. The clue of the latter is in the name La Maison Des 100 Bieres Bretonne. 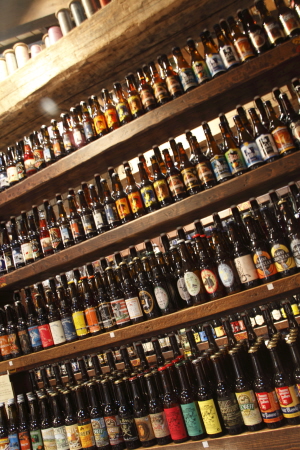 The centre is built around a cobbled square and has changed little in hundreds of years. Its character has been used for film sets including Roman Polanskis Tess and a beautiful French film called A Very Long Engagement. For me its charm goes well beyond the thought that Nastassja Kinski and Audrey Tautou have been there. The cobbled streets and quaint old buildings provide an amazing atmosphere for the camera and it is one of my ambitions to visit there early on a misty morning to capture the full drama. (watch this space). 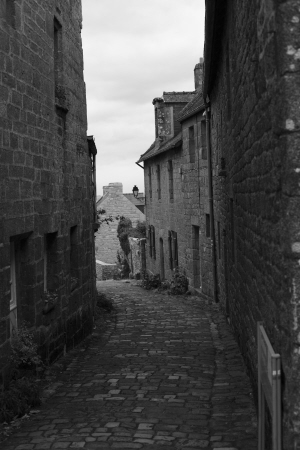 Every six years it hosts a Tromenie which is a pilgrimage festival involving surrounding parishes. Smaller ones (Petite Tromenies) are held on the second Sunday of each July between the major ones. The Tromenie includes a 12km procession taking in surrounding parishes. It is by all accounts (some of our visitors were fortunate enough to turn up by accident on the very day it was held in 2011) a spectacular event, but I dont recommend hanging around to wait 6 years for it. Mind you, it would give me an excuse to work my way through all the beers.

For those who havent got six years to kill, there is a slightly less ambitious walk around the outskirts, which takes about half an hour, taking in another beautiful old Church with a modern looking stained glass window which is worth a look. In fact there are three walking circuits indicated on the tourist website, which include the town. One of 5.5kms, one of 12kms and one walk of 23kms for the really ambitious.

The range of Creperies and restaurants in the town make it a great place to spend a day, parking is cheap, and free out of the main season. Locronan is classed as a Petite City of Character and is one of 19 in Brittany (I suppose the same as heritage sites in the uk). 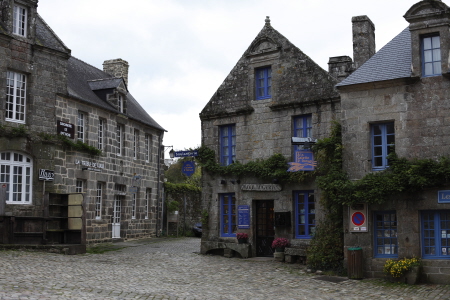 If you travel to this part of Brittany then Locronan is a must visit place.

This entry was posted in Historic, Local Attractions, Places in Brittany, Places in Finistere. Bookmark the permalink.