It only happens once every six years and I expect it only happens in 30 degree heat for one in six of those. You have to admire the resilience of all of the hundreds of people who took part in the Grande Tromenie in Locronan. All in traditional Breton costumes they walked for 14kms on the hottest day of the year so far. What made it more remarkable was they were wearing normal footwear, not walking shoes or lightweight trousers, there costumes were complete in most cases. They were followed all the way around by hundreds more people a little more suitably adorned for the walk. The circuit is left open all week for anyone to follow. 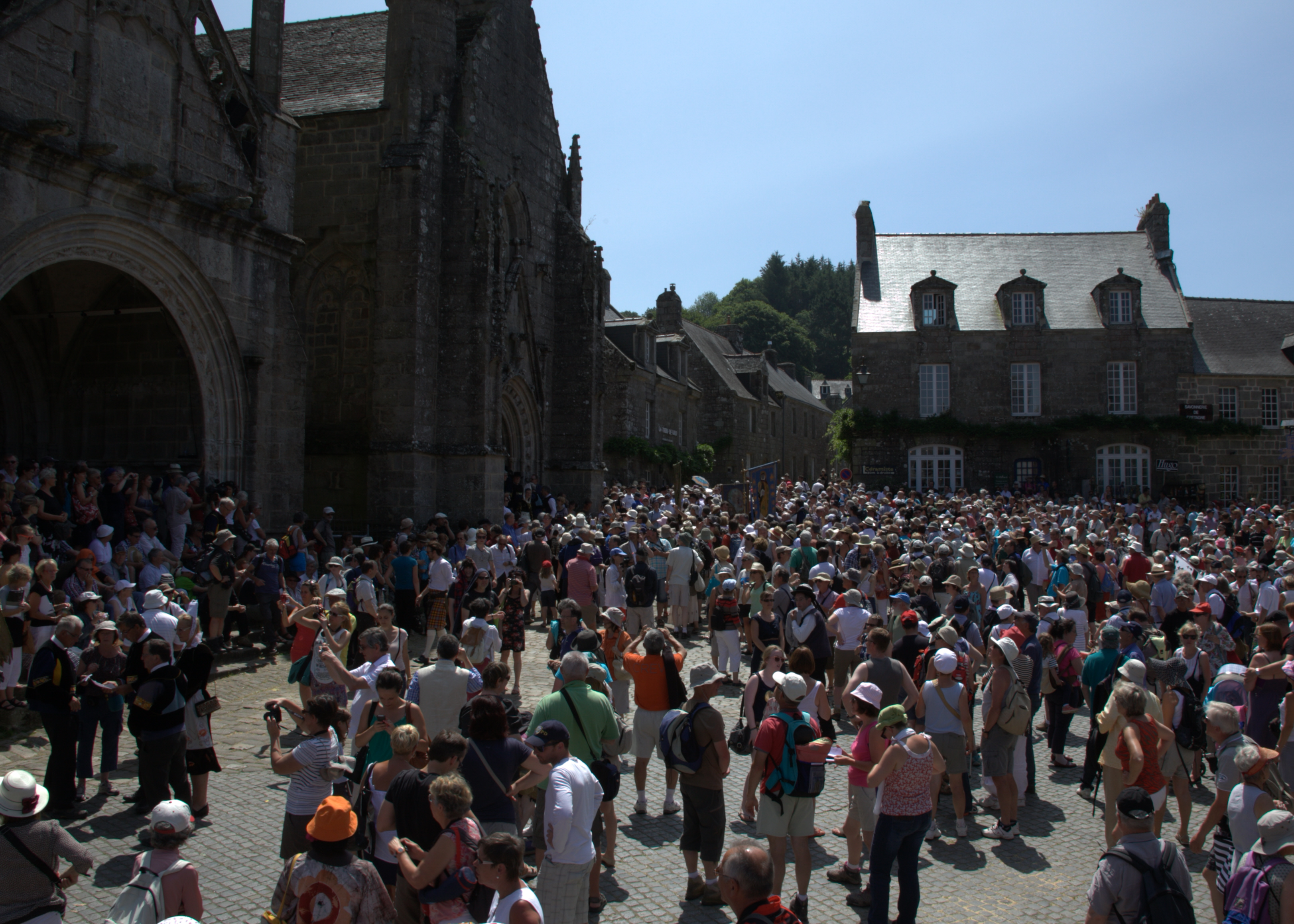 We missed the morning ceremony and mass, when all the banners from the parishes involved, are paraded past each other and touch as if kissing to show the solidarity. To arrive in Locronan centre with all the hundreds of participants and visitors for the start of the procession was very special.  We arrived a little early and ate our baguette with a French couple who had invited us to sit with them at their bench. There were families everywhere enjoying their picnics in the sun.. 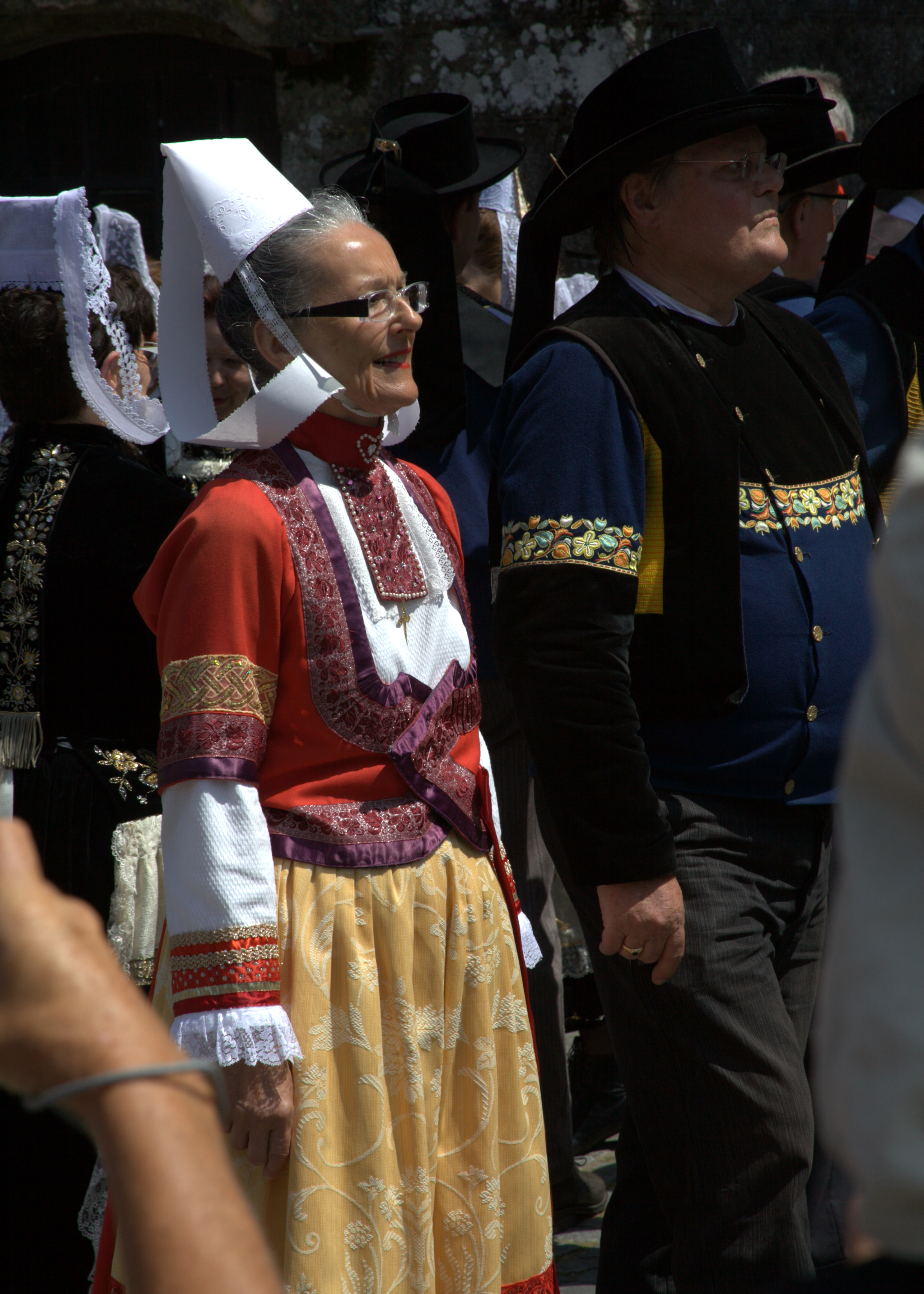 The tromenie is Locronans version of many pardons held in Western Brittany. They are a form of catholic pilgrimage named after the patron Saint of the parish in which they take place. In Locronan, that is St Ronan who was an Irish pilgrim reported to have been responsible for several miracles. The Locronan tromenie is considered the most famous in Brittany. A smaller version is held for the parish each year covering 4kms whereas the larger one involves parishes from as far a field as Tréguier, Léonnais, Cornouaille, and especially from Morbihan. 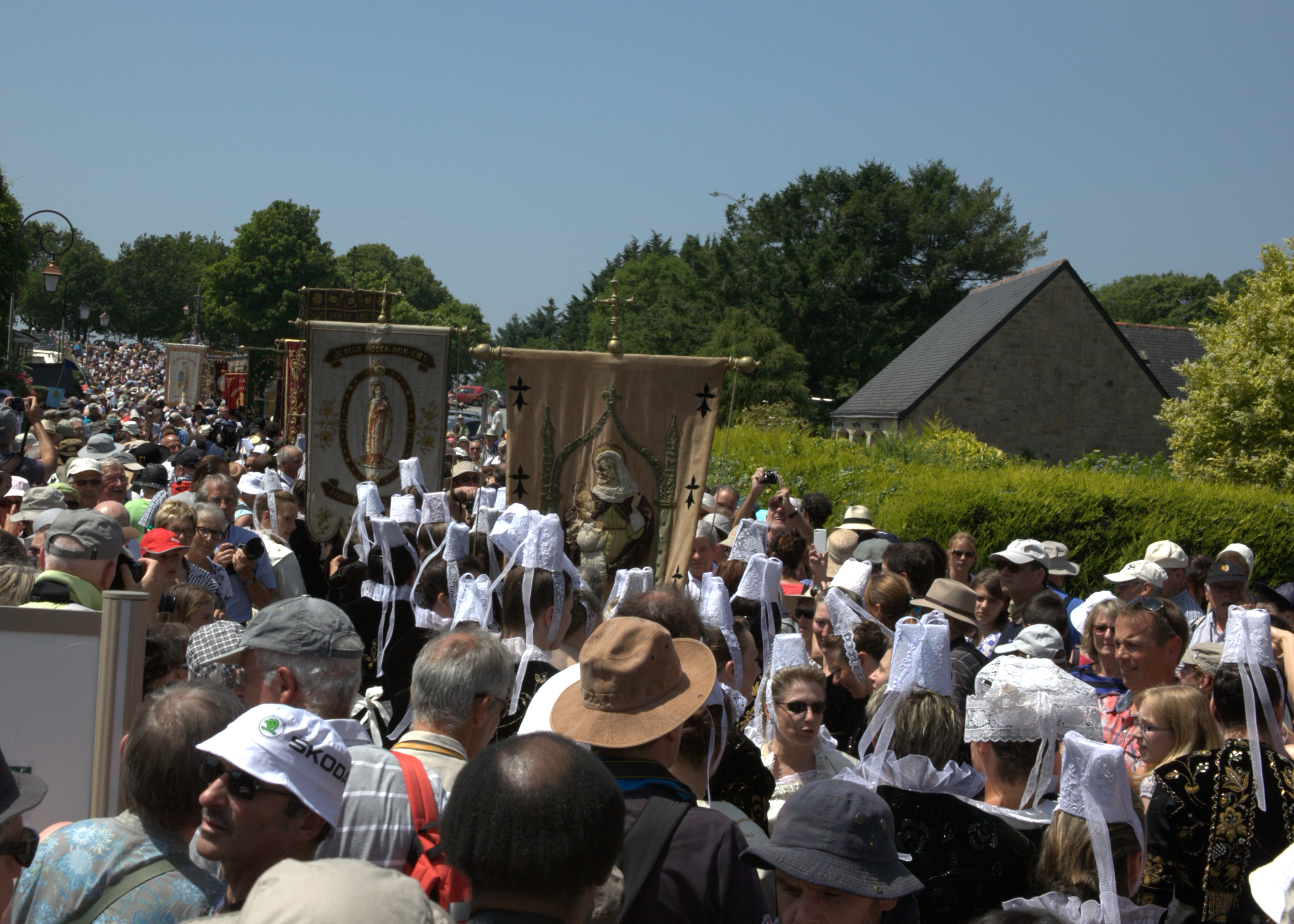 In the church of St Ronan we saw people crawling under his tomb. This is believed to ward off the devil. How wrong we were to assume someone had lost something. Whatever your religious beliefs, or not, may be, this is a truly remarkable event which you have to witness. I couldn’t believe that people in such numbers could cover such a distance in such inappropriate clothing, then, I remembered some of the participants in the London marathon. It did appear however, judging by the number of families with young children, that this isn’t a challenge you rise to, this is something you are born to do. Role on 2019 and we will certainly be returning to witness the smaller versions in between and maybe even walk the circuit. 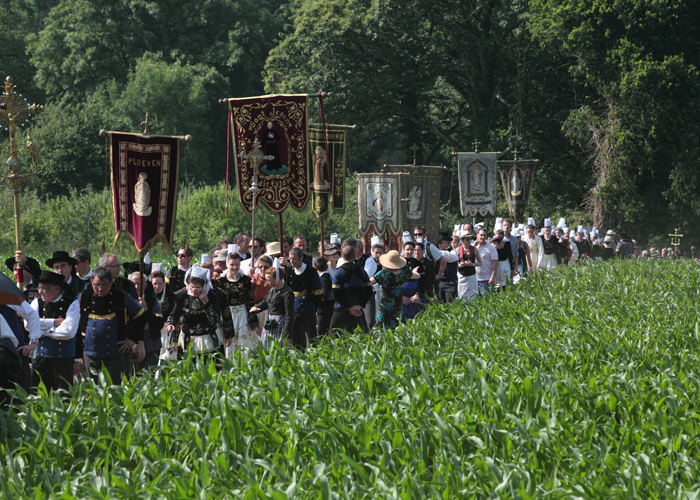 Nearing the halfway point of the procession.

This entry was posted in Historic, Local Attractions, Places in Finistere. Bookmark the permalink.