“A view of the Bridge” 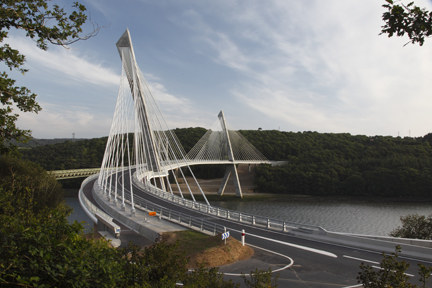 All the time we have been travelling in this part of Finistere, and particularly since we have been living here, we have been following the construction of a bridge over the river Aulne between Le Faou and Crozon. The river Aulne is part of the chain of waterways that form the Nantes/Brest canal travelling across Brittany. At Port Launay the canal ends and the river flows 20kms down into the Rade de Brest near le faou. The road from le Faou to Crozon follows the meandering Aulne up the river past restaraunts and places to buy local honey and cider. 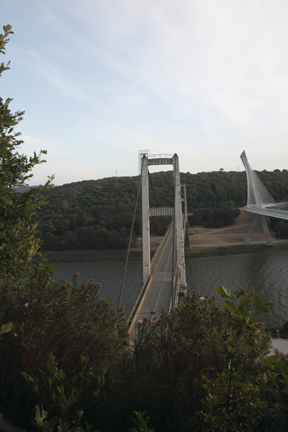 There is an old suspension bridge which has until recently been the crossing point for this journey. This was originally constructed in 1913 but had to be rebuilt after it was mined by the Germans in 1944. The bridge was finished in 1952. It had been suffering from concrete cancer and was costing a significant amount to maintain. The winning design for the replacement bridge was accepted in 1998. 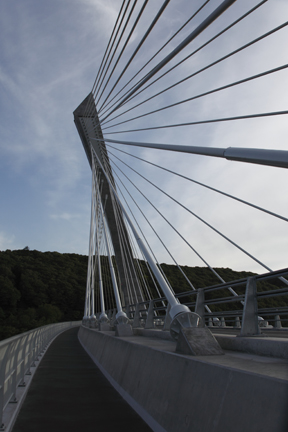 We decided to take a trip out to visit the new bridge following its opening in April 2011 to traffic. It had been opened for pedestrians before then. We werent disappointed. Not normally excited by new bridges I was prepared to make an exception for this one. It has walk/cycle ways across either side, well worth the 20 minute round trip. The bridge provides stunning views up and down the river, and at the moment a view of the old bridge which is to be destroyed apart from leaving a vantage point for tourists at one end. 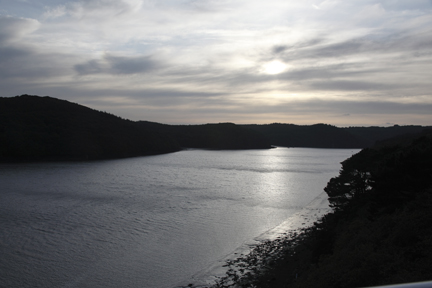 The bridge has a stunning curved design and gives an amateur photographer like me a feast of different perspectives to look at. I will be spending time now seeing how many different vantage points I can view it from.

This entry was posted in general, Local Attractions. Bookmark the permalink.